On February 24,25, and 26th my girlfriend and I took off with the two dogs to explore what the Ludlow hut was all about. Accessing the hut is a trick in an of itself for multiple reasons. Logistically, roughly 5 miles of terrain has to be passed at a minimum. We opted to take two snowmobiles instead of skinning out for a number of reasons. One problem regardless of the method of transportation was the parking. There is no parking in the area at all so we were forced to park at what we told was a neighbors house that wasn’t home. This was stressful as you can imagine. I left my keys in the truck and crossed my fingers.

Like many of the access roads in Lake Tahoe this one was no exception. It was a whoppy ride full bumps and ditches out to the hut. There was a mandatory river crossing as well as many other features to navigate. It took us a little over an hour to get out to the hut but we were rewarded with a full vacancy when we got there… a luxury that would last the next two days. Awesome! That night we made some tacos and enjoyed some peace and quiet.

The next day we headed out to see what all the terrain was about. We ended up heading north and found some wonderfully wide open meadows that were great for some easy spring turns and cruising. It seemed like there were endless amounts of meadows out there. I was really happy that the terrain was super friendly for both of us to enjoy.

On the final morning we woke up slowly and packed the sleds. The snow was pretty tough on the ride out because it had frozen the night before and it was a relatively gray day. At one point Tamara took a bit of a digger but she and Chewy walked away unhurt. He did opt to watch Tamara when she navigated the next feature.

When we got back to the trailhead we were greeted to find that the neighbor had come home and not only moved the truck but also managed to lock the keys in it. In addition, the nice snow removal man decided to cut the snowbank to a sheer 7 foot drop to make getting the sleds out difficult. Luckily, one window in the truck was opened a crack and Tamara was able to sneak her probe in it. I managed to run the snowmobiles around through the neighbors property who was apparently corporate and not there.

All in all the trip was a success! 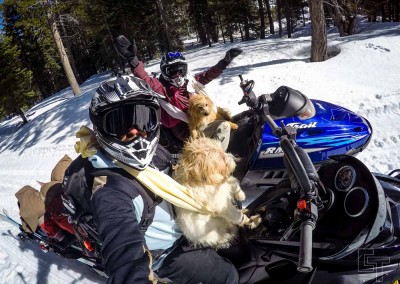 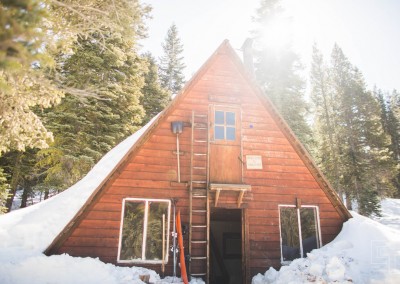 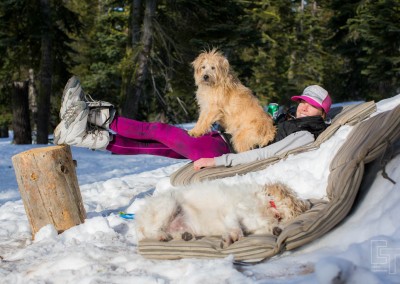 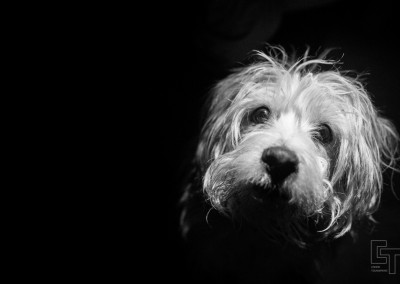 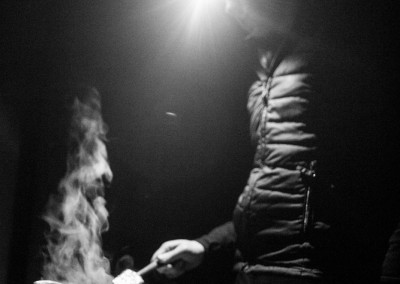 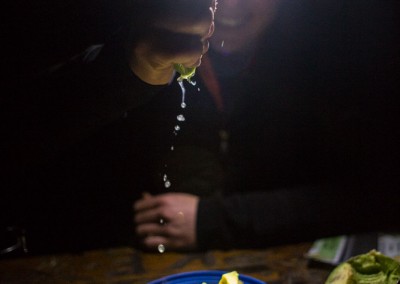 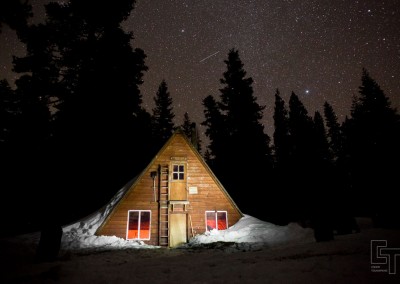 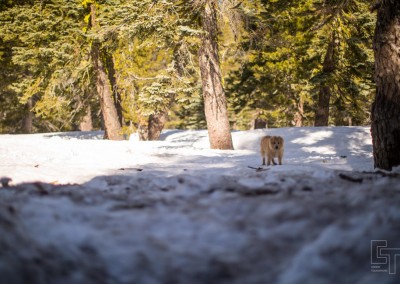 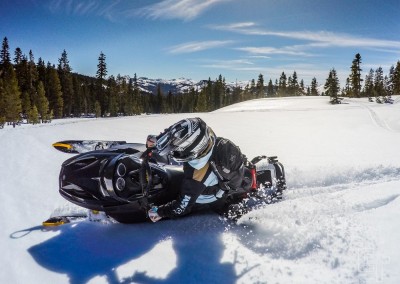 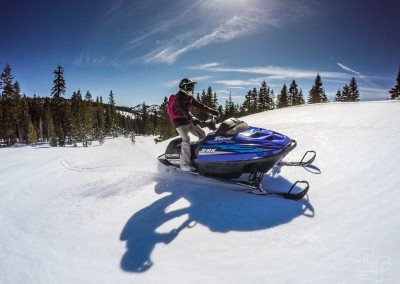 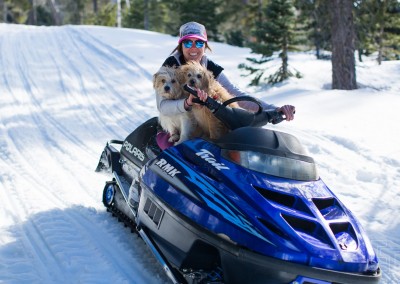 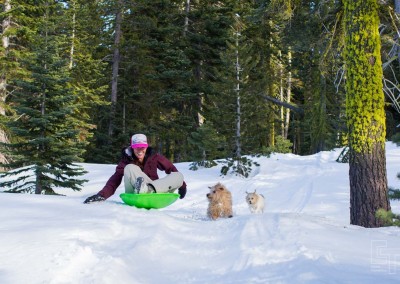 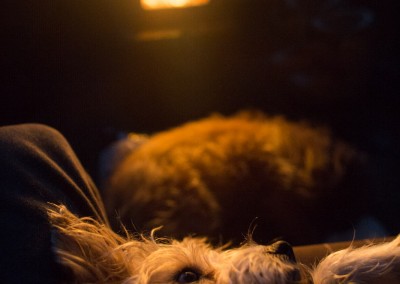 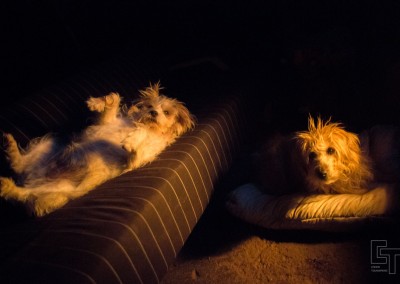 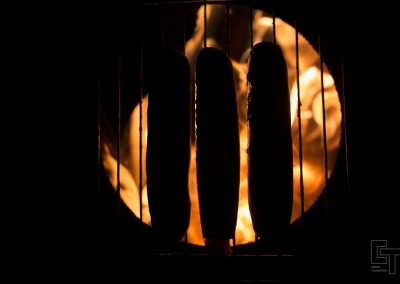 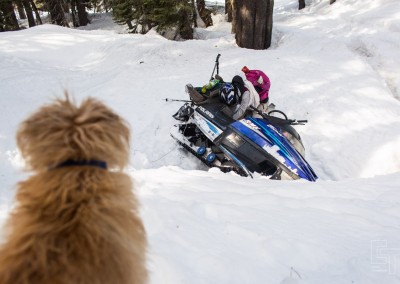 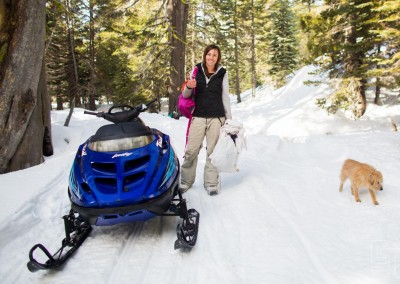 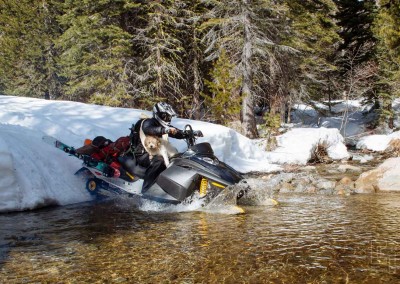 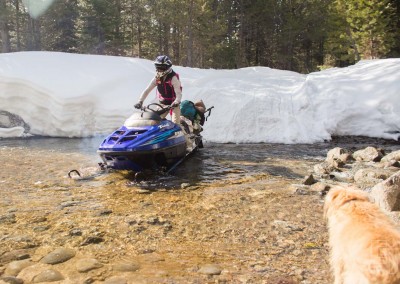 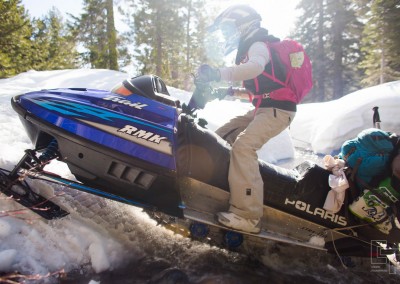 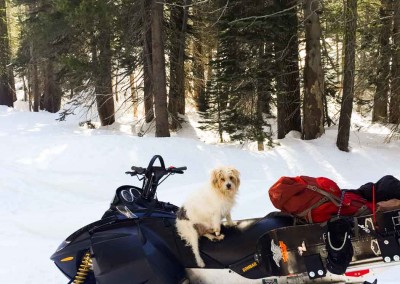 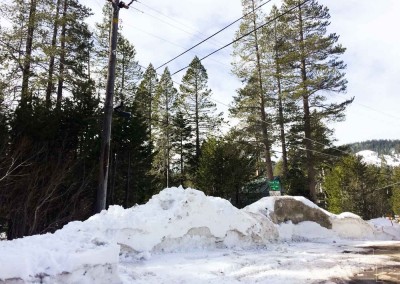