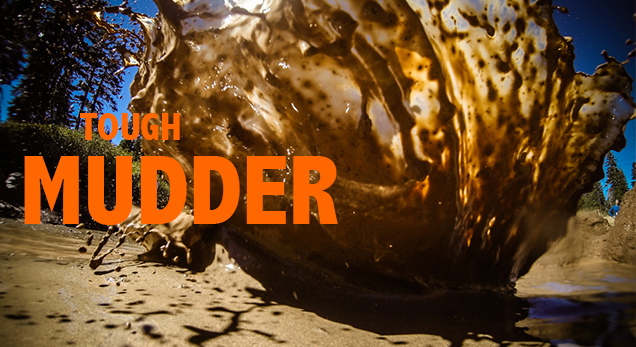 After hearing all the hype I really wanted to give Tough Mudder a try. On September 28th myself, my girlfriend and my brother all headed to Northstar, California to see what it was all about.

We had hoped to get a nice early start but due to a change in plans we ended up in the last heat of the day which started at 1:15. I had heard horror stories about starting late. People told me that the course was usually really beat up at the end of the day and that we should expect massive lines at the obstacles. Much to my surprise the course was in pretty good condition and we didn’t have to wait more than a minute at any of the obstacles.

I figured by starting late in the day it would be nice and sunny. It was sunny but it was still very cold. The biggest chill factor came from the slight breeze through the trees. It wasn’t that windy but after you got out of some of the water obstacles it was cold. I was as prepared with wicking layers but they were not drying anywhere near quick enough. I was cold most of the day.

The course was relatively easy overall. The best way that I could explain it is a hike gone very badly. The design more or less weaved it’s way up to the top of Northstar and back down. Along the way there were a number of obstacles which were of varying difficulty and intensity. Nothing was THAT hard or that painful. They all sucked but that’s the point right. It’s not supposed to be a fun day, it’s a day of self punishment.

To me the biggest surprise of the day was the general attitude of the event. The promoters do a good job of making sure that the “Mudders” don’t try to make it a race. Itt’s about sticking togeher and helping your team out. We did just that and had a great day together.

All photos taken with a GoPro Hero 3.